Beef tongue is another one of those polarizing foods. People love it or they hate it. For me, I was initially a skeptic. My first introduction to tongue was a whole cooked tongue that my Great Grandmother used to bring to our Easter family reunion. The whole tongue would be there on a plate. Picky eaters would pronounce it “disgusting”, and that set fear into my young brain. But I was taught to try things before making a judgement on whether or not I liked something, not to judge a food based on how it looked. So, I gave it a try, and it was good.

I was introduced to Tacos de Lengua many years later. One of my jobs frequently took me to a customer office which was close to many little exciting restaurants. One of those places was a small taqueria which was so small, in fact, that you had to pass through a dry cleaner to get to the entrance. The menu was all in Spanish, and no one spoke a word of English. Every bite of food was made from scratch; the tortillas, salsas, chorizo…everything! Those tacos were fantastic, so I made it one of my common lunch stops. I would go up to the window and order an assortment of tacos and salsas. The plate would come out freshly made. The tongue, head cheese, chorizo, and carnitas tacos were my favorites.

I didn’t know how to cook a tongue like this, but I was determined to figure it out! Now my job sometimes takes me to San Antonio, El Paso, and Southern California. Taco Country. I tried Tacos de Lengua all over the place. The thing that stands out to me is always how tender and beefy it is. Like the richest piece of meat ever!  The best Tacos de Lengua have a crust that is caramelized with spices on the pieces of meat. That is what I want. Plus, I want caramelized onions, green chilies, and garlic in there.

I’ve found one beef tongue makes 20-25 tacos, so plan accordingly. My process here is for one tongue. 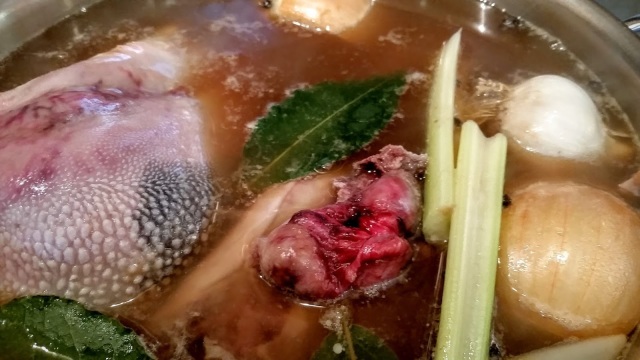 Give the tongue a rinse with cold water. There is often some blood, as we all know if you’ve ever cut your tongue. Put the tongue in a stock pot large enough to hold it. Add two stalks of celery, two carrots, an onion cut in half, about 10 cloves of garlic cut in half, three or four jalapeno or serrano chiles cut in half, two bay leaves, 1T salt and 2t black pepper. Add water to cover everything, and set on Medium heat. When it just starts to boil, cut the heat to low and let it simmer. Simmer the tongue until it is tender. This may take three to four hours.

Now heat a skillet over medium-high heat and add 2T golden lard to the pan. You can use vegetable oil or other fat if you want, but lard is the Mexican way and will add flavor. When the fat is hot, add one diced white onion, 3-4 diced fresh green chilies (I happened to have some right from my garden), and about 3-4T minced garlic. Sautee to caramelize and get some good brown color on the edges. Add a little salt to the pan. 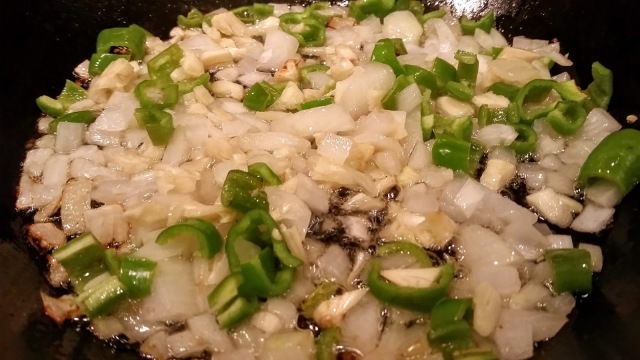 Add the diced tongue meat. Add 2t Mexican oregano. I grow this herb in my garden, but you may substitute dried. Then add 2T taco seasoning. I really like the spice blends from South Texas Spice Company in San Antonio, TX. Cook until the meat gets a good crust. Then set the pan over the lowest heat to keep it warm while the rest is prepared.

Heat good quality corn tortillas in a lightly oiled skillet until they bubble and get brown spots. I use two skillets to speed this process; one skillet holds three tortillas and one holds two.

Prepare your condiments for the tacos. I like my home canned salsa verde, shredded cheese, diced avocado, and sliced hot peppers (jalapeno, serrano, or habanero). Some folks like a little cilantro, diced tomato, or a squeeze of lime. Your preference; enjoy! 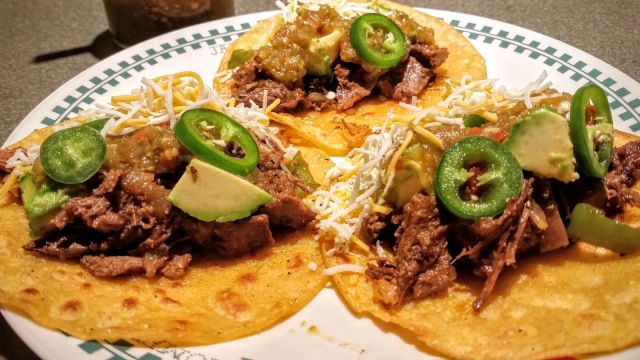